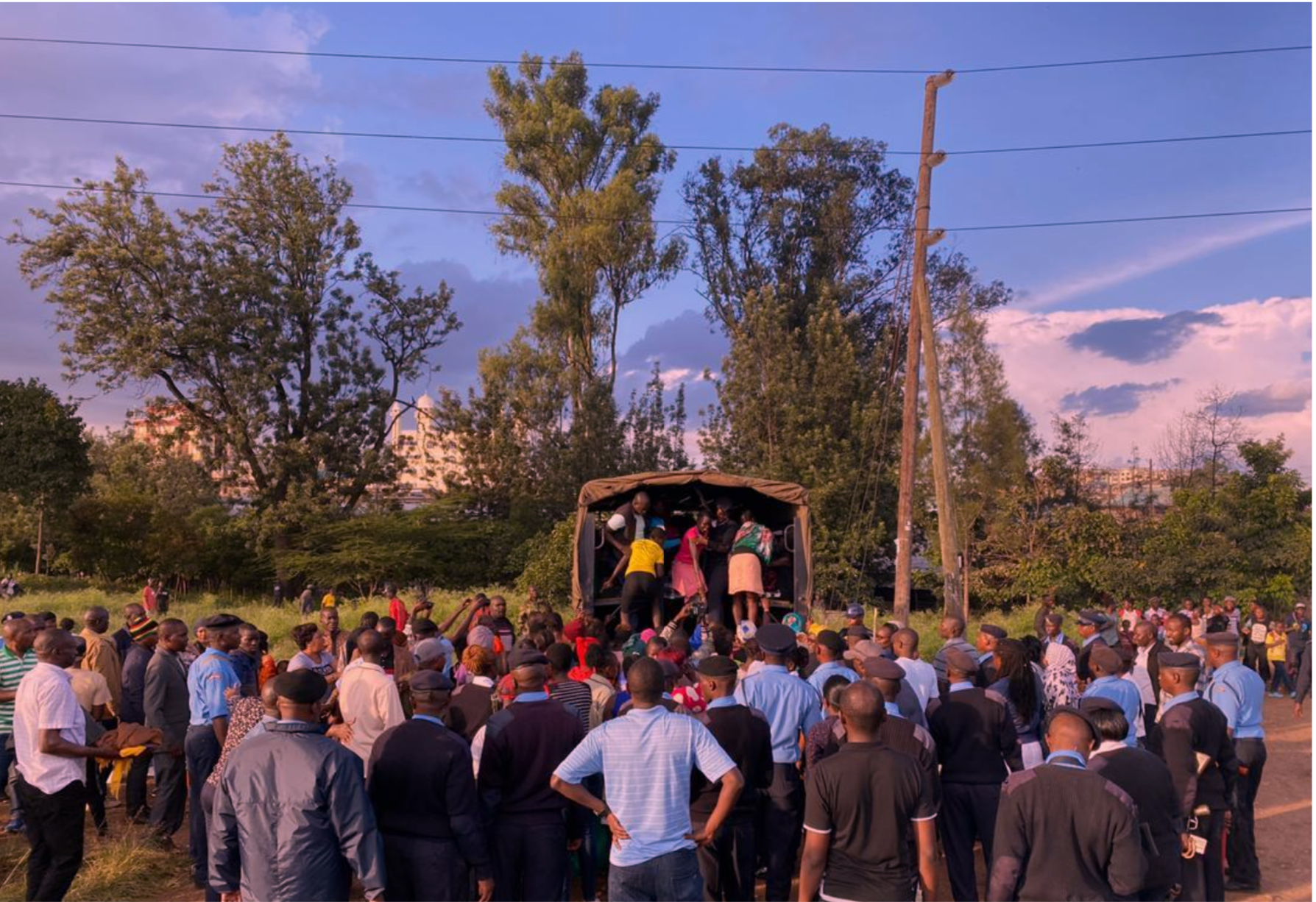 On January 12, 2020, Freedom Now Africa conducted a large scale joint anti-human trafficking rescue along with the police, INTERPOL and other key law enforcement units and security agencies outside of Nairobi that resulted in 96 victims of human trafficking being rescued and the arrest of one suspected ringleader of a transnational human trafficking syndicate.

‍
Karamojong and Trafficking in Persons Source, Uganda
The Karamojong or Karimojong are an ethnic group of agro-pastoral herders.

‍
• Primary source of trafficking in persons is specifically females.
• Transnational trafficking route with ties to the Al-Shabab terrorist group.
• Victims were held in a storage and distribution area as they wait to be trafficked abroad to final destinations in Somalia and the Middle East.
• Victims were rescued in a central market area in a neighborhood where all kinds of illegal activities take place and is largely infested with gangs and other criminals.
• Major push factors contributing to trafficking of girls is extreme poverty, lack of jobs and development, gender inequality, specifically a harmful belief that girls should not be educated.
• This creates a perfect environment for exploitation by criminals and human traffickers.
‍

Next Steps Post Rescue
‍
• FNA will assist police in all ongoing trafficking investigations to locate and arrest several wanted human traffickers connected to victims rescued.
• FNA liberation legal team will collaborate and assist government prosecutors in all victims’ cases against suspected trafficker/s arrested.
• FNA will continue to assist police and anti-terrorism agencies with evidence and information collected during Black Mamba operation of victims trafficked to Somalia for recruitment into Al Shabab terrorist activities.
• FNA is working with others to create and establish an Anti-Human Trafficking Committee in vulnerable region to educate and prevent cross border trafficking.
• FNA will lobby and advocate East African government and police for stronger boarder enforcement.
• FNA will be building the anti-human trafficking capacity of East African police and judiciary.
• FNA will be expanding partnerships with private aftercare NGO’s.
‍

‍
Thanks to generous funding provided by doTerra Healing Hands Foundation and private donors the Black Mamba operation was the largest and most successful joint anti-trafficking rescue operation ever conducted by Freedom Now Africa and its partners in East Africa.

‍
In order to protect FNA’s liberation team and ensure our other rescue partners continued safety on the ground please help us maintain operational security and sensitivity when sharing and discussing the successful results of Black Mamba operation online via social media, websites, blogs and other platforms by using this secure information provided. Remember FNA and its liberation team must continue to work in the environment where these rescue operations occur and dangerous criminals, criminal networks, and terrorist organizations are profiting from human trafficking in Africa.