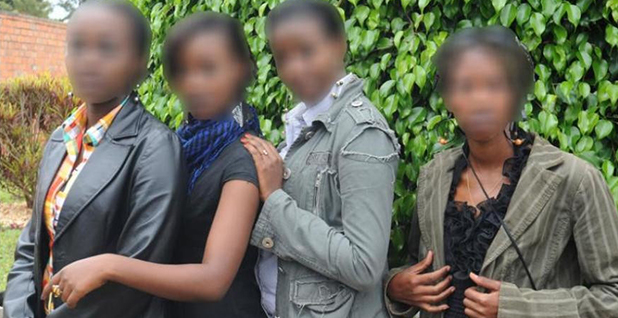 About a year ago an acquaintance approached Dative Uwingeneye (not real name) with a "solid" offer of a decent job in Kuwait, Western Asia.

Specifically, Uwingeneye was offered jobs in supermarkets, orphanages and being employed as a domestic worker, or whichever industry she was comfortable working in. She was excited.

Little did she know that this was a case of human trafficking-- defined by the United Nations as the recruitment, transportation, transfer, harbouring, or receipt of persons by improper means (such as force, abduction, fraud, or coercion) for an improper purpose including forced labour or sexual exploitation.

Like many people, especially women, Uwingeneye's journey into the darkness of human trafficking has traces of attractive financial offers.

However, what the 40-year-old anticipated as a decent job would later turn out to be slavery that would eventually cause severe damage to her lungs, backbone as well as leading to sexual abuse.

"The brokers paid for all our travel expenses. We were even vaccinated against yellow fever; but were warned not to inform any government official," she narrated.

"We were ordered to say that we are going to Uganda to visit families before continuing to Kenya," she narrated.

In every country in which the victims went through, ownership changed hands.

In Uwingeneye's case, she was sold five times to different traffickers, before reaching her final destination.

From Rwanda, Uganda, Kenya, Ethiopia to Kuweit she was owned by a different trafficker.

"The people from Kenya had bought us from those based in Rwanda. The main dealer usually has so many agents," she narrated.

In Kenya, the victims' travel documents were confiscated and copies were scanned and forwarded to Kuweit as confirmation that workers were on the way.

"After three days they sent the visa and air ticket. We were transported in a taxi to the airport but the main dealers never accompanied us since they had connections with their agents at airport. There is a place at airport where we hid before departing. We left to Ethiopia at 6:00 pm and immediately from Ethiopia to Kuweit," she said.

When they arrived in Kuweit, they were picked up from the airport by police.

"We were gathered in one house form where we waited for prospective boss," Uwingeneye explained.

She had been hired as a domestic work for all the families housed in a three storeyed apartment building, without her consent.

"I worked for a month without pay and started to complain that it is not the job that I had requested. The boss told me that I must work saying he had paid $2,000 to secure me. When I informed her that I never received any money, he kept quiet," she said.

The situation worsened when the boss started to sexually abuse her.

She was later sold to another boss. Due to sexual abuse, forced labour and torture her lungs and backbone were damaged. She started vomiting blood.

For seven month she was never paid a single penny for the work that she did.

She requested to be returned to Rwanda but her request fell on deaf ears.

At this point she started laying ground for her escape.

"I had a phone that I used to hide under the washing machine. One I used it and called one man I knew from Kiyovu in Kigali. That's how I started the journey to escape," she said.

Her friend in Kigali sent her the contact number of the Rwanda's Embassy in Dubai since Rwanda does not have an embassy in Kuwait.

The Ambassador advised her to look for ways to escape to Ethiopian Embassy in Kuwait.

One day at 10:30 am after serving tea to visitors when the bosses were away, she went out to throw garbage from where she took taxi to Ethiopian embassy.

"When I reached the embassy, I met a white woman who had been sent by the Rwandan embassy. I met five other Rwandans with the same issue. The woman is an activist striving to rescue people from human trafficking. She kept us in her home, which is disguised as church. They processed our travel documents," she said.

Before coming back to Rwanda, she had to take us to police for the legal procedure, she narrated.

Col Jeannot Ruhunga, the Secretary General of Rwanda Investigation Bureau, said that the victim is one of 18 girls who were recently rescued from human trafficking from different foreign countries.

He said, that in 2017, prosecution filed 47 crimes of human trafficking.

In 2018, prosecution recorded 49 crimes of human trafficking. No similar case has been reported yet this year, Ruhunga said.

"In the last two years, we (security and migration agents) prevented 85 girls from being trafficked...eleven of them were Burundians and three Congolese," he said.

The State Minister for Constitutional and Legal Affairs, Evode Uwizeyimana, urged the public to report crime on time.

The Africa Centre for Strategic Studies has reported that human trafficking is a US$13.1 billion annual enterprise in Africa.

This wave was identified in 2014 in the migration of thousands of Africans towards the Mediterranean countries.

A 2018 report by the US Department of State's Office to Monitor and Combat Trafficking in Persons tracked compliance with the Trafficking Victims Protection Act (TVPA) in Africa.

Rwanda was among the countries making significant progress in becoming compliance with TVPA standards.